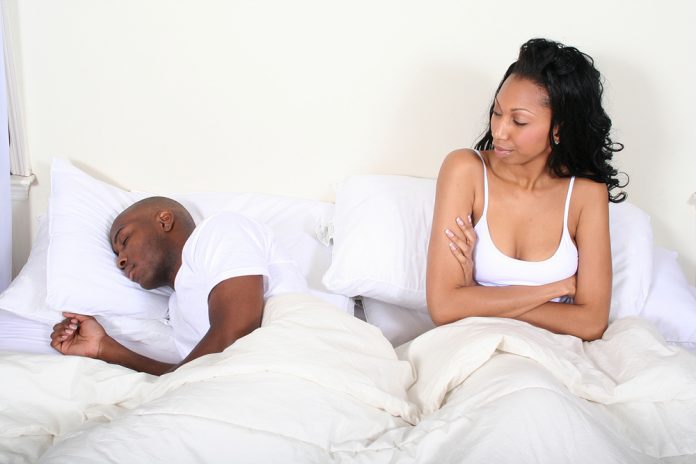 Counselor M. Gary Neuman surveyed 200 cheating and noncheating husbands to get at the real reasons behind men’s infidelity.

What makes men cheat? Marriage counselor M. Gary Neuman dug through past research on male infidelity and found that most answers came from the wife’s point of view. Wouldn’t it make more sense to ask the guys? he thought. So for his new book, The Truth About Cheating, Neuman surveyed 200 cheating and noncheating husbands to get at the real reasons behind men’s infidelity — including what cheating men say could have prevented them from straying. Here, some of his findings:

48% of men rated emotional dissatisfaction as the primary reason they cheated.

So much for the myth that for men, cheating is all about sex: Only 8 percent of men said that sexual dissatisfaction was the main factor in their infidelity. “Our culture tells us that all men need to be happy is sex,” Neuman says. “But men are emotionally driven beings too. They want their wives to show them that they’re appreciated, and they want women to understand how hard they’re trying to get things right.” The problem is that men are less likely than women to express these feelings, so you won’t always know when your guy is in need of a little affirmation. “Most men consider it unmanly to ask for a pat on the back, which is why their emotional needs are often overlooked,” Neuman says. “But you can create a marital culture of appreciation and thoughtfulness — and once you set the tone, he’s likely to match it.”

66% of cheating men report feeling guilt during the affair.

The implications are a little scary: It isn’t just uncaring jerks who cheat. In fact, 68 percent of cheaters never dreamed they’d be unfaithful, and almost all of them wished they hadn’t done it, Neuman says. Clearly, guilt isn’t enough to stop a man from cheating. “Men are good at compartmentalizing feelings,” Neuman explains. “They can hold on to their emotions and deal with them later.” So even if your husband swears he would never cheat, don’t assume it can’t happen. It’s important for both of you to take steps toward creating the marriage you want.

77% of cheating men have a good friend who cheated.

Hanging around friends who stray makes cheating seem normal and legitimizes it as a possibility. The message he’s subconsciously telling himself: My friend is a good guy who happens to be cheating on his wife. I guess even the best of us do it. You can’t simply ban your husband from hanging out with Mr. Wandering Eyes, Neuman says, but you can request that they spend their time together in an environment that offers less temptation, like at a sporting event or a restaurant for lunch rather than at a bar or club. Another strategy: Build your social circle around happily married couples that share your values — it’ll create an environment that supports marriage.

40% of cheating men met the other woman at work.

“Oftentimes the woman he cheats with at the office is someone who praises him, looks up to him, and compliments his efforts,” Neuman says. “That’s another reason why it’s so critical that he feel valued at home.” Luckily, there’s a clear warning sign that your husband is getting a little too cozy with a colleague: If he praises or mentions the name of a female coworker more than he would a male counterpart, your antennae should go up — and it’s time for the two of you to set boundaries about what is and isn’t okay at work, Neuman says. Is it acceptable for him to work late if it’s only him and her? Can they travel together to conferences? Have dinners out to discuss a project? Ask him what he’d feel comfortable with you doing with a male colleague.

Only 12% of cheating men said their mistress was more physically attractive than their wife.

In other words, a man doesn’t stray because he thinks he’ll get better sex with a better-looking body. “In most cases, he’s cheating to fill an emotional void,” Neuman says. “He feels a connection with the other woman, and sex comes along for the ride.” If you’re worried about infidelity, focus on making your relationship more loving and connected, not on getting your body just right or mastering new sexual positions. (But know that sex does matter — it’s one of the key ways your guy expresses his love and feels close to you, so be sure to keep it a priority.)

Only 6% of cheating men had sex with a woman after meeting her that same day or night.

Actually, 73 percent of men got to know the other woman for more than a month before they cheated. This means that you may have time to see the warning signs before infidelity occurs — you might even see it coming before he does. Keep an eye out for these common signals: He spends more time away from home, stops asking for sex, picks fights more frequently, or avoids your calls. Your gut reaction may be to confront him, but most men will deny even thinking about cheating — especially if nothing physical has occurred yet. Instead, Neuman suggests, take charge of what you can control — your own behavior — and take the lead in bringing your marriage to a better place. Don’t hesitate to show your appreciation for him, prioritize time together, and initiate sex more. Give him a reason to keep you at the front of his mind, Neuman says. And be open about how you feel about what’s going on between the two of you (again, without mentioning any third parties). Try, “I think we’ve started to lose something important in our marriage, and I don’t want it to disappear.” In the meantime, commit to keeping tabs on your relationship and doing what it takes to keep it working for you.