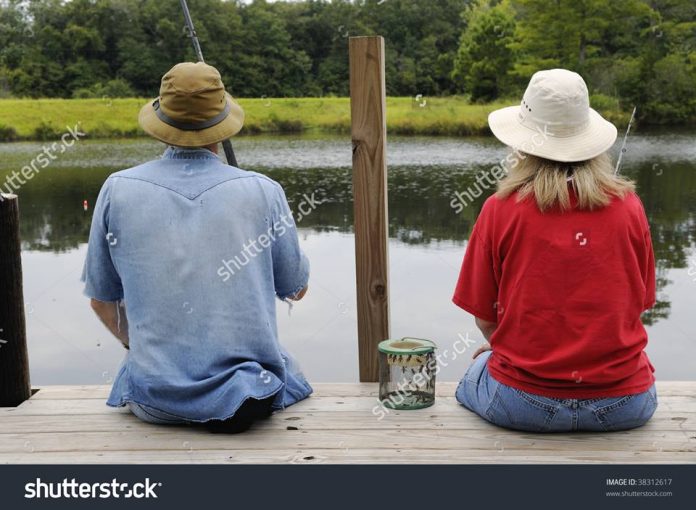 So a while back I read this story about a couple who had grown apart and had communication problems. The man loved to fish but his wife hated fishing and felt that he spent so much time fishing. As the story goes she blamed the amount of time fishing as why they grew apart. He invited her to come many times but she always refused.

I can’t remember if it was the pastor or a girlfriend but someone asked her WHY she never went fishing with him. When she thought about it, she had no other reason than she just didn’t like it. She didn’t like the worms and the fish were to scaley and jumpy. But deep down inside she felt like she was competing for his attention and no wife should have to compete for her husband’s attention. She should be worthy of his undivided attention and he should talk to her face to face without doing anything else. Right?

And then she was asked, which was more important, spending time with her husband or getting him to stop fishing to spend time with her.

She decided just spending time with him was more important so she finally went fishing with him. The first time she didn’t do anything but just sit on the boat and ask a few questions about what he was doing. It wasn’t the greatest adventure in her life but she noticed that while they were fishing, he spoke to her in more than one sentence phrases.

She thought that he was just being nice because she agreed to go with him so she agreed to go again. The next time she went she still didn’t do anything but ask a few more questions. This time when she went she noticed that as she asked questions that his answers included a little more information than the subject of fishing.

She wasn’t quite sure what to think so she thought she would test it one more time. This time she did a little research on fishing so that her questions would not just be general in nature. When they went fishing this time, she asked pointed questions about and to her surprise her husband was very knowledgeable and eager to talk about the subject and the more she asked the more he talked but he didn’t just talk about fishing he talked about everything.

She was so excited that her husband was talking to her that she recognized that fishing was actually not that bad. As she went a few more times she realized that while she was sitting on the boat or on the dock, she was able to ask him about things that had nothing to do with fishing and he actually talked to her.

Before long they had become friends again. Then she finally realized, that the more time she spent fishing, the more she got to know a side of her man that she knew existed but had rarely ever experienced in their marriage. The man that she fell in love with had come out of his shell and began to talk to her whether they were fishing or not.

Now they go fishing regularly. He bought her some gloves and pole and now she even baits her own hook and they even have a friendly competition going about who can catch the most or biggest fish.

The take away from this story is that Women crave face to face communication but Men tend to lean more towards side by side communication. If you ladies show a little bit of interest in what interests your man you might be surprised to discover that there is a real person down there. Not only did her investment help her regain her man, her husband, and her marriage but she also gained a new hobby that she regularly enjoys now WITH her husband.