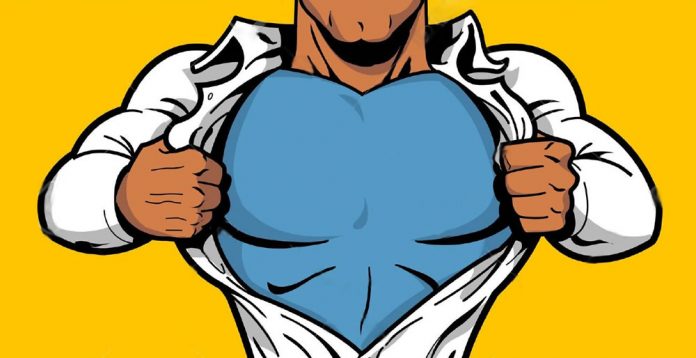 In a brief conversation,

A man asked a woman he was pursuing the question: ‘What kind of man are you looking for?’ She sat quietly for a moment before looking him in the eye & asking, ‘Do you really want to know?’ Reluctantly, he said, ‘Yes.

She began to expound, ‘As a woman in this day and age, I am in a position to ask a man what can you do for me that I can’t do for myself? I pay my own bills. I take care of my household without the help of any man… or woman for that matter. I am in the position to ask, ‘What can you bring to the table?’

The man looked at her.

He sat back in his chair, folded his arms, & asked her to explain.

‘I need someone who is striving for excellence mentally because I need conversation & mental stimulation. I don’t need a simple-minded man.

I need someone who is striving for excellence spiritually because I don’t need to be unequally yoked…believers mixed with unbelievers is a recipe for disaster.

I need a man who is striving for excellence financially because I don’t need a financial burden.

I need someone who is sensitive enough to understand what I go through as a woman, but strong enough to keep me grounded.

I need someone who has integrity in dealing with relationships. Lies and game-playing are not my idea of a strong man.

I need a man who is family-oriented. One who can be the leader, priest and provider to the lives entrusted to him by God.

I need someone whom I can respect.  In order to be submissive, I must respect him. I cannot be submissive to a man who isn’t taking care of his business. I have no problem being submissive…he just has to be worthy.

And by the way, I am not looking for him…He will find me. He will recognize himself in me. Hey may not be able to explain the connection, but he will always be drawn to me.

God made woman to be a help-mate for man. I can’t help a man if he can’t help himself. When she finished her spill, she looked at him.

He sat there with a puzzled look on his face. He said, ‘You are asking a lot.

On the surface this seems like a respectable list.  The caption under this conversations read “Send to every woman you know that is “worth a lot” and every man who has brains to understand.

I will take the liberty and say that this man wanted to marry this woman but let me start by stating that men do not lack brains to understand what a woman needs or wants.  He may lack the information to provide it in a way that is 100% to a woman’s satisfaction i.e. he may not know her love language, but that in no way means he doesn’t understand.

God made man with the ability to take care of a woman Physically, Mentally and Spiritually.  When God made Eve EVERYTHING was already in place.  The house, the “money”, and the man was already there.  She did not have to do anything, everything was already on the table when she arrived.  All she had to do is be a helpmeet.

It is true that ALL WOMAN are worth a lot but the biggest problem with this list is the way worth is determined by “this day and age.”  Marriage was not intended to be a trading table where men and women come with what they are bringing to the table to entice one another their goals and accomplishments.  It was never intended to be a bargaining room where pleasantries and favors are exchanged or withheld for good and bad behavior.

Marriage was intended to be an example of sacrificial love and respect.

In Eph God COMMANDS the woman to give her husband – unconditional respect.  NOT LOVE  but R-E-S-P-E-C-T.