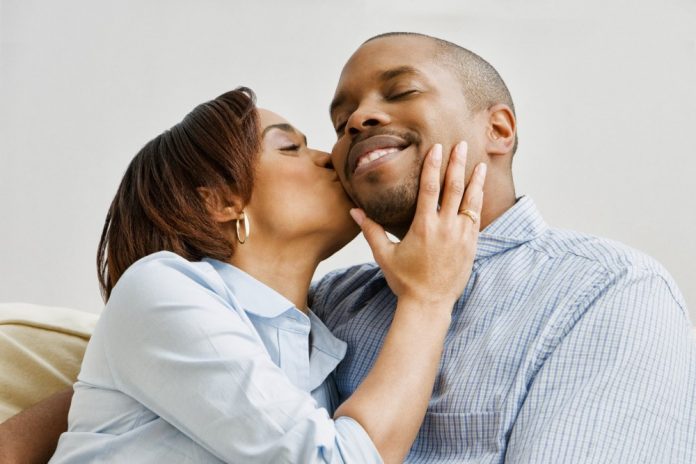 Study Says It’s the Other Way Around

Researchers look at whose well being really affects the success of a marriage.

A study from University of Chicago researchers found that when it comes to good marriages, the health and attitude of the husband plays a major role in marriage bliss. They looked at 953 heterosexual couples and found that women whose husbands were described as having high levels of positivity were were less likely to report conflict in their relationship.

What was interesting, was that women’s positivity levels had no impact on the relationship.Women reported more conflict if the husband was in poor health, but once again, it didn’t matter if it was the other way around. So yes, women can be miserable and still have a good marriage. But a grumpy husband hurt the marriage.

Unsurprisingly, men who described themselves as neurotic, had wives who complained about marriage quality. Men with self-described neurotic wives may consider worrying to be a more “gender-appropriate” role for women. Husbands reported more criticism and demands from their wives overall, but also higher levels of emotional support.