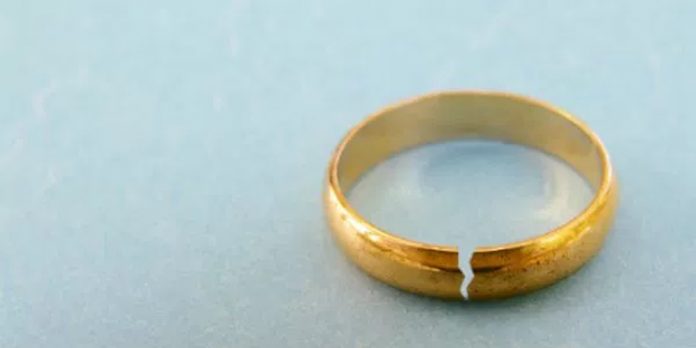 In Mark 10:9 Jesus states, “What therefore God hath joined together, let not man put asunder.” No one is to ever break apart a marriage. I wouldn’t want to be a judge who grants divorces. I wouldn’t want to be the lawmaker who allows for all sorts of unscriptural grounds for divorce. And by the way, there are NO SCRIPTURAL GROUNDS FOR DIVORCE. In Matthew 5:32, Jesus said, “But I say unto you, That whosoever shall put away his wife, saving for the cause of fornication, causeth her to commit adultery: and whosoever shall marry her that is divorced committeth adultery.”

Taken by itself, this Scripture can be interpreted numerous ways. However, Jesus plainly stated in Matthew 19:8 that God never permits divorce, and that divorce is only caused by a hard heart, “He saith unto them, Moses because of the hardness of your hearts suffered you to put away your wives: but from the beginning it was not so.” Jesus clearly taught forgiveness in Matthew 18:22, not 7-times, but 70 times 7. Divorce is rooted in self-righteousness and an unwillingness to forgive. Notice carefully that Jesus called remarriage is adultery, but He never addresses the issue of divorce itself, because divorce is a sin, period.

To divorce one’s spouse is a sin. If committing adultery is grounds for divorce, then Matthew 5:28 gives every wife Biblical grounds to divorce, because EVERY man has lusted. Jesus said that lust is equivalent to adultery. Many people are grasping for theological straws, looking for reasons to justify doing what they have already decided to do… DIVORCE! That’s the same sin as Eve in the Garden of Eden. She had already decided to sin by eating the fruit, but she needed justification in her own mind. So she reasoned that the fruit was good for food, pleasant to look upon and would make her wise. Every woman does the same thing when it comes to the sin of divorce—she rationalized, looking for justification for what she has already decided to do.

We live in a selfish generation of liars and quitters. And may I say to you women who do file for divorce, you are commanded to remain single for the rest of your husband’s life. 1st Corinthians 7:10-11, “And unto the married I command, yet not I, but the Lord, Let not the wife depart from her husband: But and if she depart, let her remain unmarried, or be reconciled to her husband: and let not the husband put away his wife.” Just because you’re husband cheats on you doesn’t give you a Biblical right to divorce, any more than it would give him a right to dump you if you cheated on him. And that is especially true if he has apologized for his poor behavior. If it were ongoing adultery, and he’s been confronted about it by the elders of the church, then that is different because he is living in adultery and has forsaken you, which is what I believe Jesus meant in Matthew 19:9.

I have heard of numerous women divorcing their husband after he was sentenced to prison. Tammy Faye Bakker is one of them. Jeremiah 3:20… “Surely as a wife treacherously departeth from her husband, so have ye dealt treacherously with me, O house of Israel, saith the LORD.” It is divorce that is treacherous. You’re as much a sinner as he is. You have no right to move on with your life, trying to start a new life without your messed-up husband. You are just as much a sinner! You stayed with him during the glamorous years, when the good times rolled, the money flowed and friends abounded; but now that the gravy-train has ended, you bail ship like a coward and abandon the father of your children. It is wickedness. Thank God that He never leaves nor forsakes His own (Hebrews 13:5). Americans don’t stay married anymore, because of the sin of PRIDE!!! Notice the middle letter “i” in “pride.”

Even Hillary Clinton, as demonically wicked as she is, faithfully remained by her Playboy husband’s side through it all. Think about that you ladies who are considering filing for divorce!!! I don’t hate anyone, and if you have already divorced I am not scolding you, because what’s done is done. I just hate divorce, like God does. If Christians today would genuinely walk with the Lord, then they would hate the things that the Lord hates, and divorce is at the top of the list. Psalms 97:10 tells us to hate evil, and divorce is evil.

Let me also say, If Jesus was willing to be despised and rejected of men, beaten to a pulp, mistreated, scorned, assaulted, spit upon, and crucified to death … FOR US … then we should follow Christ’s example. A husband who loves his wife will not quit. Please understand that I am not condoning abuse, not at all, God forbid. I’m simply saying that divorce is not the Biblical solution to one’s marriage problems. You made a promise to God and your spouse on your wedding day. We are living in a wicked and adulterous generation, that are quick to throw in the towel and quit.

Jesus was willing to die for you and me. So why are professed “Christians” so quick to divorce their spouse? I don’t recall any disclaimer in the marriage vows that gives a spouse the right to divorce under ANY circumstances. What ever happened to “ ‘Til death do us part?” I’m not hesitant to inform you that “irreconcilable differences” is NOT found in the Bible as grounds for a divorce. There are NO Biblical grounds for divorce!!!

Adam and Eve were doing fine until the serpent came along. Revelation 20:2 tells us that the serpent is Satan. Eve listened to the snake and took the bad advice. She ate of the forbidden fruit and destroyed her family’s happiness. May I say, watch out for the snakes in your life. The BeeGees, although a worldly group, had it right in their song, HOW DEEP IS YOUR LOVE… “We’re living in a world of fools, breaking us down, when they all should let us be, we belong to you and me.” Yet, professed Christians are sinfully crying out divorce, divorce, divorce!

Divorce is a sin for numerous reasons:

God hates divorce! No power on earth nor under the earth can make a person do wrong without their own consent. It is only because of sinful pride and selfishness that people end up divorced in the first place. It is so typical to hear a divorced wife, or husband, talking about how much they gave but never received anything in return. Listen friend, marriage is not a 50/50 deal as most people think. Marriage is a 100% deal. We are supposed to give 100% to our spouse, even if they only return 10%. But you say, “That’s not fair!” You’re right … life’s not fair! We are a spoiled bunch in America!

It’s sickening to know that over 50% of all marriages in America are now ending in divorce. In California it’s 75.54%! It’s our pride! Anything can be justified. The truth is that people don’t do what they do for any particular reason, they do what they want to do and then look for reasons to justify it.

Mrs. John Rice says that when a couple has trouble, it’s 90% the wife’s fault. One time I asked her, “Why?”

God created Adam, and then gave him a job to do. However, God created Eve with one sole purpose—Adam! We read in 1st Peter 3:6 that Abraham’s wife, Sara, called him “lord” (sir) and obeyed Abraham. This is so rare nowadays.

Did you know that the Bible teaches mutual submission between husband and wife? Ephesians 5:21, “Submitting yourselves one to another in the fear of God.” One to another! Biblical Christianity is a husband and wife willingly submitting to one another in the fear of the Lord, sharing in the gift of life; but the Bible teaches for a wife to submit to her husband first and foremost.

We are not to give up on our spouse. God NEVER gives up on us… Hebrews 13:5… NEVER! If we are to be Christ-like, then we must stand faithful by our mate… “for better, for worse.” You made a vow on your wedding day. People nowadays are quick to file for divorce. It is apostasy and sin.