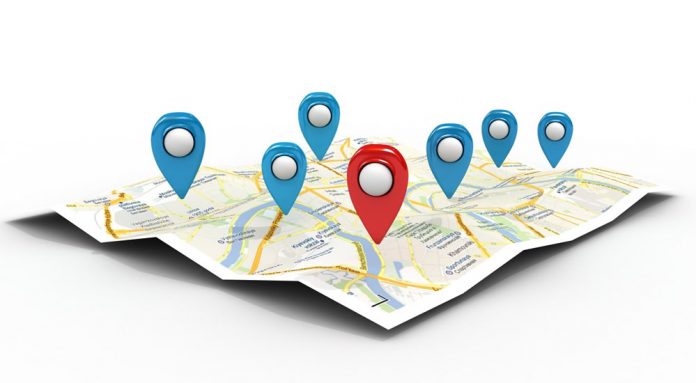 When I moved to the D.C. area, I instantly found out one of the major cons of living in the D.M.V. area. Everybody say it with me #Traffic. I remember listening to the radio one morning and the topic was the top 10 worst commutes in the U.S. and even the radio announcers were shocked to find out that the D.M.V. wasn’t on the list. As I looked up and saw the no moving line of traffic on the inner loop, I thought to myself these people have definitely never been in traffic here on a Monday morning.

As a college student, I used to travel to a student ministry to different big party events like Mardi Gras and Spring Break in Daytona to pass out Christian literature. I earned the nickname “The Navigator” for my compass-like sense of direction and ability to read a map to quickly get us out of the inevitable traffic jams from thousands of people descending on the city.

I don’t have to use that skill much anymore because of the invention of G.P.S. Which stands for Global Positioning System. If you don’t know, the way it works is a satellite pinpoints the current location of your device and strategically maps out A ROUTE to get to where you tell it you want to go. I SWEAR, I don’t know how in the world anyone in the D.M.V. made it to where they were going before G.P.S. I’m a techie so I have become a master at using it. As I have observed other people using it, I noticed that most of them don’t use the “Alternate Route” function.

The Alternate Route function maps out several routes to your destination and calculates the time to travel each route. G.P.S. seems quite simple but it is actually a technological wonder because not only does it calculate time and distance but in order to do so it must take into account things like traffic conditions, any reported construction or hazards, speed limits and a myriad of other things in order to be accurate. It can even alert you when you exceed the speed limit.

But notice I said it maps out A ROUTE – you have to tell it in your setting that you want to travel the FASTEST ROUTE or the SHORTEST ROUTE or to AVOID TOLLS, etc. Now look closely at the picture and you will find something very interesting. Did you catch it? The FASTEST route is more times than not, NOT THE SHORTEST route. ONE of the reasons why is because people try to apply that saying that “the shortest distance between two points is a straight line.” It is true in theory but not when it comes to driving on highly traveled roads. Especially in the D.M.V. 🙂

Ok so I know you are asking what in the world does this have to do with Respecting In Peace.

Well the G.P.S. gives you alternative routes because it recognizes that based on multiple factors (traffic, construction, hazards, etc.) the shortest route may not be the fastest route to get to where you want to go. Please don’t miss that. I will say it another way. To get to where you want to be, you may have to travel a greater distance to get there but you will get there FASTER. Did you get it?

In a relationship God has given the man the role of being something like a G.P.S. for the Family. I will admit, many men may have yet to develop this talent but skilled or not, like it or not, GOD has placed this particular responsibility on the Man’s shoulder.

Now notice some really cool things about G.P.S. and see if you can connect the dots.

If you started down one route and even though when you started it may have been the best route, if an accident 20 miles ahead is reported it will navigate you around the accident so that you do not get stuck in traffic. Ingenious!
As the G.P.S. for his family, God may have allowed you to start down one route but since you started, the conditions have changed. Notice I did not say God changed but the conditions changed. Does that mean you were on the wrong route NO! But a better route may have come to light. Because He has designated the man as the G.P.S. for his family He will communicate to that man, which direction the family should be going this same communication may or may not be given to you because you have not been designated by God as the G.P.S. for the family. You could almost rename it to the Godly Protection System.

You may even be in the driver seat i.e. earning more money or the only one working at the time. But let me be clear ladies. Being the bread winner DOES NOT automatically make you the G.P.S. for the family.

Now let me clarify.  If you are single with or without children, then, of course, you are the G.P.S. for your family but for those of you have ventured to marry the man of your dreams.  Then your role MUST change in order for there to be peace.  You have to #RESPECT God’s decision to make MEN the G.P.S. for the family.  Notice Ephesians what God says about His system for global positioning… I mean Godly Protection.

Ephesians 5
23 For the Husband is head (G.P.S.) of the wife, even as Christ is the head(G.P.S.) of the church and he is the savior (safety)of the whole body. Therefore, as the church is subject (follows) unto Christ so let the wives be to (follow) their husbands in every thing.

Is God a male chauvinist?

27 That he might present it to himself a glories church not having spot (tickets) or wrinkle (accidents) or any such thing; (constructions hazards) but that it should be holy and without blemish.

In other words, the family, once it is created, has both an earthly and a divine destination and to ensure that it takes the best route, whether it be the fastest or the shortest. More importantly, God continuously communicates to the G.P.S. recalculating if necessary to direct guide and protect the family as He sees fit.

Now I don’t think I have to elaborate on what happens when you don’t follow G.P.S.  But just in case, you usually end up getting stuck in traffic or the trip takes much much longer than it had too.  Did you get to where you were going?  Sure you still may eventually get to where you were going but it is only a matter of time where not following your G.P.S. is going be detrimental to your family reaching its divine destination.

So appreciate and follow your God given G.P.S. and Respect In Peace.