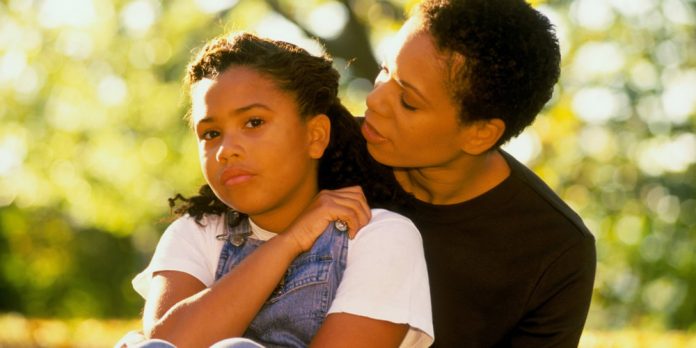 Are you a Conspiracy Theorist?

No that kind.  I mean are you one of those mothers who feel like you have to conspire with your children against your husband to balance the power in the home.

Are you one of those women who were taught to put your children before you husband.  Maybe because your mother did or didn’t do it to you.   Maybe it just became a habit because the children, especially small ones, are more needy and can’t take care of certain things themselves.  In either case there are a lot of women who place their children above their husband in terms of priority, even to the point of conspiring against him.

Now Rebekah was listening when Isaac spoke to his son Esau. So when Esau went to the field to hunt for game and bring it, 6 Rebekah said to her son Jacob, “I heard your father speak to your brother Esau, 7 ‘Bring me game and prepare for me delicious food, that I may eat it and bless you before the Lord before I die.’ 8 Now therefore, my son, obey my voice as I command you. 9 Go to the flock and bring me two good young goats, so that I may prepare from them delicious food for your father, such as he loves. 10 And you shall bring it to your father to eat, so that he may bless you before he dies.” 11 But Jacob said to Rebekah his mother, “Behold, my brother Esau is a hairy man, and I am a smooth man. 12 Perhaps my father will feel me, and I shall seem to be mocking him and bring a curse upon myself and not a blessing.” 13 His mother said to him, “Let your curse be on me, my son; only obey my voice, and go, bring them to me.”

Now if you don’t know this story you can find in Genesis chapter 27 but you might need to go back to Chapter 25 and start at verse 19 to understand what was going on.  Basically Rebekah conspired with her favorite son to ensure that he would get the birthright blessing.

Now don’t miss the implications here because they are huge and often over looked.  First let me acknowledge the man’s part.

Isaac was going directly against the will of God trying to give the birthright blessing to his favorite.  The playing favorite part is a lesson for another day.  But let me say it again.

Isaac was the one in the wrong.

He was trying to do his own thing against what God told him but what I want I want to focus on is Rebekah’s attempt to help God out.  Oh you heard this “sermon” before.  Ok you heard it but were you listening?   I say help God out because the birthright blessing was actually His property but more importantly God is big enough to take care of the consequences that are due to be handed out.  He doesn’t need your help ladies!  When I mess up, one the first thing I hear is “choices have consequences.”  At times, I have even told my children this and then had to give them those consequences.  I am not saying that it is not a true statement but what is important here is for you to recognize that when your man makes mistakes, and he is gonna make mistakes, plenty of them,

God has NOT commissioned you to administer the consequences.  #WHDHJS

Well in this case its actually God who said it.  He says that “revenge is HIS and HE will repay.”  (verse)

They say that hell hath no furry like a woman scorned.  Well God is still in the God business and last time I checked He was not looking for a replacement so that He could retire.

NOOOOOOOOOOOOOO I am not saying you should be a doormat and that you should let your man get away with anything and everything.

What I am saying is, he already knows that he has messed up and believe it or not just as soon as you get upset, he is already trying to think of how he can fix it.  If he has sincerely apologized and seeks to make amends but you are still in fire breathing dragon mode for days on end with the intent of ensuring that he feels the “Wrath of Khan”, then in essence you are removing God from His thrown and seeking to take His place.  Remember that love is a principle that encompasses the feeling or emotion not the other way around.  So even though he may have messed up big, I mean really BIG, several times even, same dumb mistakes and all, remember that you love him or at least you said you did. And if you truly love someone there is no such thing as something that is unpardonable.  Yes, I’m even talking about adultery whether emotional or physical.

Sorry ladies nobody gets to add to the list of unpardonable sins.

Now I want to pause a moment and say abuse is a different.  I can’t counsel anyone to stay in an physically abusive relationship.   But unless he is on the Down Low or molesting children or something of that nature, he needs that love you’ve been professing now more than ever.

It’s easy to love when everything is going good.  I would dare say that is your acceptable duty.  But can you love when the one who said he loves you hurts you down to your core.  You see we have this misconception of  what a strong woman is.  We attribute it to external things like education, career, money, etc. but a truly strong woman is one who can take the lemons of life and make lemonade.  One who can exercise the greatest form of revenge – forgiveness.

Now I’ve gone off the script just a little but I did that to lead up to what’s coming next on the result or consequences of what Rebekah said and did.

Notice how the Holy Spirit used her own son to rebuke her and even protect from her own consequences, as he told her that nothing good could come from this conspiracy and she SAID “let thy curse be on me.”  WOW!

Now let that sink in for a minute.  After removing God from His throne, the deed done, God gets back on His throne and takes her at her word.

Yeah, let that one sink in for minute too.

You might be asking what does this have to do with #reverence?  Well here’s what another Christian writer says about conspiring with your child against your husband.

Parents are to work together as a unit. There must be no division. But many parents work at cross-purposes, and thus the children are spoiled by mismanagement….

It sometimes happens that, of the mother and father, one is too indulgent and the other too severe. This difference works against good results in the formation of the characters of their children. No harsh force is to be exercised in carrying out reforms, but at the same time no weak indulgence must be shown.  The mother is not to seek to blind the eyes of the father to the faults of the children, neither is she to influence them to do those things which the father has forbidden them to do.  Not one seed of doubt should the mother plant in her children’s minds in regard to the wisdom of the father’s management.  She should not, by her course of action, counteract the work of the father.  AH313-314

That being said.  If you man has hurt you and hurt you so deeply that you no longer respect him as a man and you are still in the relationship but you conspire against you husband

It could cost you never seeing your child again.