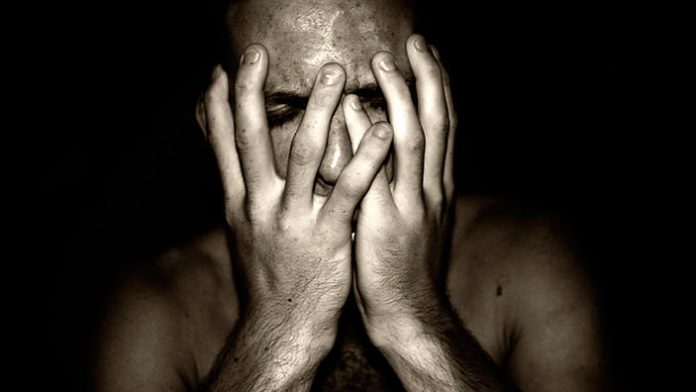 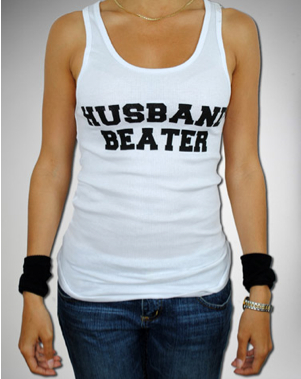 [timed-content-server show=”09/16/2015 08:55 America/New_York”]If so, you’re probably involved with a woman who is an emotionally abusive bully. Most men don’t want to admit that they’re in an abusive relationship. They describe the relationship and their girlfriend/wife using other terms like crazy, emotional, controlling, bossy, domineering, constant conflict, or volatile. If you use words like this to describe your relationship, odds are you’re being emotionally abused.

Do you recognize any of the following behaviors?

1) Bullying. If she doesn’t get her way, there’s hell to pay. She wants to control you and resorts to emotional intimidation to do it. She uses verbal assaults and threats in order to get you to do what she wants. It makes her feel powerful to make you feel bad. People with a Narcissistic personality are often bullies.

Result: You lose your self-respect and feel outnumbered, sad, and alone. You develop a case ofStockholm Syndrome, in which you identify with the aggressor and actually defend her behavior to others.

2) Unreasonable expectations. No matter how hard you try and how much you give, it’s never enough. She expects you to drop whatever you’re doing and attend to her needs. No matter the inconvenience, she comes first. She has an endless list of demands that no one mere mortal could ever fulfill.

Common complaints include: You’re not romantic enough, you don’t spend enough time with me, you’re not sensitive enough, you’re not smart enough to figure out my needs, you’re not making enough money, you’re not FILL IN THE BLANK enough. Basically, you’re not enough, because there’s no pleasing this woman. No one will ever be enough for her, so don’t take it to heart.

Result: You’re constantly criticized because you’re not able to meet her needs and experience a sense of learned helplessness. You feel powerless and defeated because she puts you in no-win situations.

3) Verbal attacks.This is self-explanatory. She employs schoolyard name calling,pathologizing (e.g., armed with a superficial knowledge of psychology she uses diagnostic terms like labile, paranoid, narcissistic, etc. for a 50-cent version of name calling), criticizing, threatening, screaming, yelling, swearing, sarcasm, humiliation, exaggerating your flaws, and making fun of you in front of others, including your children and other people she’s not intimidated by. Verbal assault is another form of bullying, and bullies only act like this in front of those whom they don’t fear or people who let them get away with their bad behavior.

Result: Your self-confidence and sense of self-worth all but disappear. You may even begin to believe the horrible things she says to you.

4) Gaslighting. “I didn’t do that. I didn’t say that. I don’t know what you’re talking about. It wasn’t that bad. You’re imagining things. Stop making things up.” If the woman you’re involved with is prone to Borderline or Narcissistic rage episodes, in which she spirals into outer orbit, she may very well not remember things she’s said and done. However, don’t doubt your perception and memory of events. They happened and they are that bad.

Result: Her gaslighting behavior may cause you to doubt your own sanity. It’s crazy-making behavior that leaves you feeling confused, bewildered, and helpless.

5) Unpredictable responses. Round and round and round she goes. Where she’ll stop, nobody knows. She reacts differently to you on different days or at different times. For example, on Monday, it’s ok for you to Blackberry work email in front of her. On Wednesday, the same behavior is “disrespectful, insensitive, you don’t love me, you’re a self-important jerk, you’re a workaholic.” By Friday, it could be okay for you to Blackberry again.

Telling you one day that something’s alright and the next day that it’s not is emotionally abusive behavior. It’s like walking through a landmine in which the mines shift location.

Result: You’re constantly on edge, walking on eggshells, and waiting for the other shoe to drop.This is a trauma response. You’re being traumatized by her behavior. Because you can’t predict her responses, you become hypervigilant to any change in her mood or potential outburst, which leaves you in a perpetual state of anxiety and possibly fear. It’s a healthy sign to be afraid of this behavior. It’s scary. Don’t feel ashamed to admit it.

6) Constant Chaos. She’s addicted to conflict. She gets a charge from the adrenaline and drama. She may deliberately start arguments and conflict as a way to avoid intimacy, to avoid being called on her bullshit, to avoid feeling inferior or, bewilderingly, as an attempt to avoid being abandoned. She may also pick fights to keep you engaged or as a way to get you to react to her with hostility, so that she can accuse you of being abusive and she can play the victim. This maneuver is a defense mechanism called projective identification.

Result: You become emotionally punch drunk. You’re left feeling dazed and confused, not knowing which end is up. This is highly stressful because it also requires you to be hypervigilant and in a constant state of defense for incoming attacks.

7) Emotional Blackmail. She threatens to abandon you, to end the relationship, or give you the cold shoulder if you don’t play by her rules. She plays on your fears, vulnerabilities, weaknesses, shame, values, sympathy, compassion, and other “buttons” to control you and get what she wants.

8 Rejection. She ignores you, won’t look at you when you’re in the same room, gives you the cold shoulder, withholds affection, withholds sex, declines or puts down your ideas, invitations, suggestions, and pushes you away when you try to be close. After she pushes you as hard and as far away as she can, she’ll try to be affectionate with you. You’re still hurting from her previous rebuff or attack and don’t respond. Then she accuses you of being cold and rejecting, which she’ll use as an excuse to push you away again in the future.

Result: You feel undesirable, unwanted, and unlovable. You believe no one else would want you and cling to this abusive woman, grateful for whatever scraps of infrequent affection she shows you.

9) Withholding affection and sex. This is another form of rejection and emotional blackmail. It’s not just about sex, it’s about withholding physical, psychological, and emotional nurturing. It includes a lack of interest in what’s important to you–your job, family, friends, hobbies, activities–and being uninvolved, emotionally detached or shut down with you.

Result: You have a transactional relationship in which you have to perform tasks, buy her things, “be nice to her,” or give into her demands in order to receive love and affection from her. You don’t feel loved and appreciated for who you are, but for what you do for her or buy her.

10) Isolating. She demands or acts in ways that cause you to distance yourself from your family, friends, or anyone that would be concerned for your well-being or a source of support. This typically involves verbally trashing your friends and family, being overtly hostile to your family and friends, or acting out and starting arguments in front of others to make it as unpleasant as possible for them to be around the two of you.

Result: This makes you completely dependent upon her. She takes away your outside sources of support and/or controls the amount of interaction you have with them. You’re left feeling trapped and alone, afraid to tell anyone what really goes on in your relationship because you don’t think they’ll believe you.

You don’t have to accept emotional abuse in your relationship. You can get help or you can end it. Most emotionally abusive women don’t want help. They don’t think they need it. They are the professional victims, bullies, narcissists, and borderlines. They’re abusive personality types and don’t know any other way to act in relationships.

Life is too short to spend one more second in this kind of relationship. If your partner won’t admit she has a problem and agree to get help, real help, then it’s in your best interest to get support, get out, and stay out.