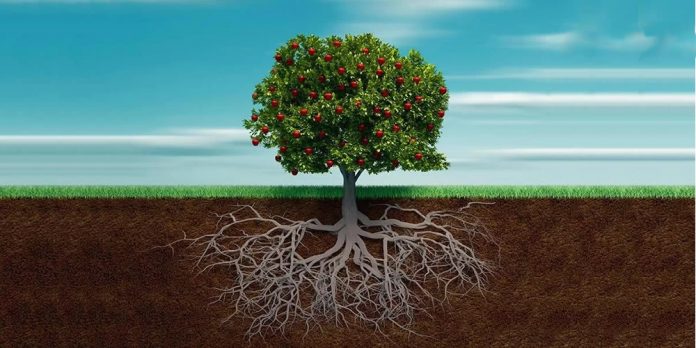 A relationship between a man and a woman is a tree, a tall tree. The trunk, and the roots is the man. The base, the foundation, the strength. The upper part , the part that is always exposed, the beautiful parts is the woman.

She haves the glamorous leaves, she grows branches, children, who bear more fruit, more children. However because they are on opposite ends of the same spectrum, sometimes they forget how hard each others role truly is.

At the same time the root, needs to understand that the rest of the tree, the woman SWAYS SO MUCH EMOTIONALLY, because the weather affects her entirely different than it effects you. Her emotions back and forth is how she deals with these powerful gusts of wind, frigid winters, and sweltering summers.

If instead of trying to get the rest of the tree to be as stable as the roots, or the rest of the tree trying to get roots to be as flexible as she is. They need to admire the strengths in each other. The women swaying back in forth should be praised for her flexibility, because she didn’t break. The man who is dependable, the rock, steadfast in his thoughts, and heart should also be praised. Men and women are not the same, mentally or physically, that is not by accident it is by design lets appreciate our differences instead of using them as weapons of war.