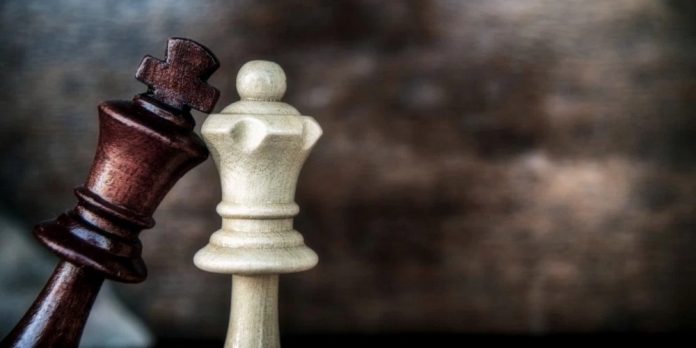 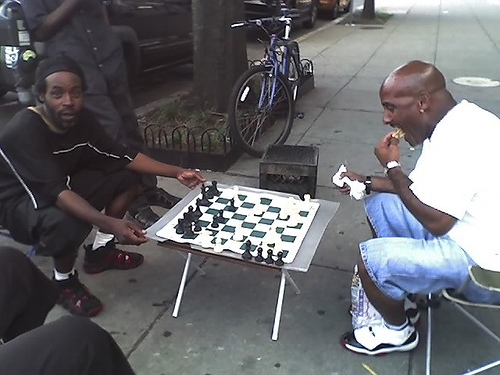 A few months ago I was downtown D.C. and as I came out of a restaurant and there was a group of about 15 older black men on the corner playing chess. They had 3 or 4 different games going on. No clock, no judge, just some rickety, old worn out card tables and some well-used boards and pieces.

Even though I barely know how to play, I have always been intrigued by the game. So I walked across the street to observe the action. You could tell they were seasoned by the time it took them to move their various pieces. I mean it looked like they barely took the time to think about it. But as I started to pay more attention, I noticed that even though they moved quickly, the games did not end quickly.

My attention was drawn to one particular intense game that had obviously been going on for a while. As I surveyed the board, I noticed that while both players had at least 7 or 8 pieces left on the board, neither one of them had their queen but they seemed none the less disadvantaged. When I commented on how well they were playing without them, he responded, “Oh yeah, you have to learn how to fight without your Queen.”

As I said, I am hardly a player but #WTHDHJS  Man this was certainly a revelation to me.  In chess, there are 16 pieces that make up a side. They all have various strategic strengths and weaknesses. The actual “person” who invented the game of chess is not known but I would imagine that it was a man because all of the pieces in the game have a male or masculine designation, except one. There is only one piece in chess that has a female designation. The one piece that is a female is called the Queen and she is the most powerful piece on the board. 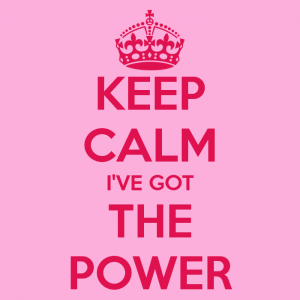 Even though when the game was first invented the Queen did not have all the power that she wields now, the fact of the matter is that today, “she’s got the power!”

As I have pondered that revelation about playing without the most powerful piece on the board, I got another revelation about life. Over my short experience, I have heard many comparisons between chess and life. The one that particularly resonates with me is “Life… it’s Chess not Checkers.” No doubt this saying was derived from the strategic nature required to navigate life like a game of chess. You have to think several moves ahead and be prepared for things you have little control over. In chess, the other person’s move, in life, the other person’s moves.

While this older gentleman was certainly talking about chess, I am talking about life in general but relationships specifically. Now I know that my conclusion will get me in some hot water with some ladies but be that as it may, it is still a hard truth and there is just no other way to say it. We live in a world where our young ladies are groomed and trained to be #independent and even compete against men for equal “whatever.” We have created these distorted images of strength and called them the “strong black woman and the alpha female.”   Now before you pick up your stones, I am not saying that independence or equality is not needed or that strength is a construct but what I am saying unequivocally is that the truth of these things has been taken to unhealthy extremes.

Over my 17 years of marriage, I have seen the resolve of several relationships pushed to the limits by both parties, including my own but that day, it just hit me. As powerful as the Queen is and all the havoc she can wreak on the opponent’s pieces. The existence and purpose for her power centers around one central duty and this one duty takes precedent over everything else. The goal of the game, of course, is to corner or capture your opponent’s king ironically enough called a “Check Mate,” but there is one thing that is even more important than using her power to “win” the game. You read right, there is something that is more important than making the moves necessary to “win” the game and a smart player will ever keep this all-important fact in mind. This revelation hit me so hard that I will even go out on a limb and say, in life, a smart queen will come to the same realization.

The one thing that is more important than “winning” the game…

The duty that actually defines her existence is to

Its not about the Queen!