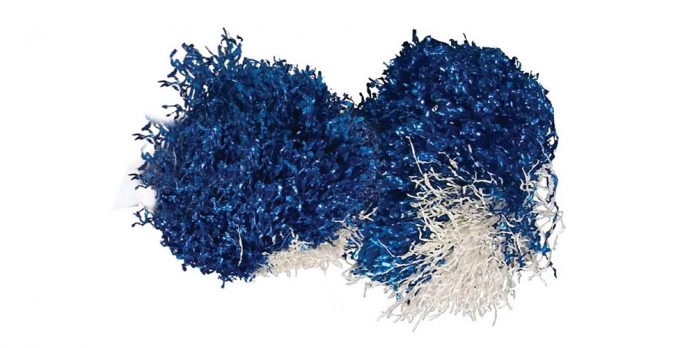 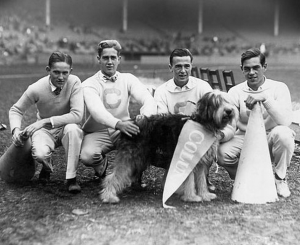 Have you ever noticed that there are not any all-male cheerleading squads at games where all women are playing?

You might be surprised to learn that at its inception in the mid-1800’s, cheerleading was an all-male sport.  Characterized by gymnastics, stunts, and crowd leadership, cheerleading was considered equivalent in prestige to an American flagship of masculinity, football.  As the editors of Nation saw it in 1911:

“…the reputation of having been a valiant “cheer-leader” is one of the most valuable things a boy can take away from college.  As a title to promotion in professional or public life, it ranks hardly second to that of having been a quarterback.*”

Why are 99% of cheerleading squads today made of all females?

Here’s another interesting piece of history – Women were mostly excluded from cheerleading until the 1930’s.

Without giving a history lesson, when WW1 started it didn’t leave many men in the country to cheer so women filled in the vacancy.  There was a bit of a power struggle to get males back into it after WW1 but after WW2 started, women as cheerleaders were here to stay.

There are debates about the validity of cheerleaders today based on the objectivity of women that it represents.  Something about how the way they dress makes men look at women more like objects than women.  I have personally never played a team sport in school where cheerleaders were required, so I haven’t experienced playing a game and having a bunch of females screaming out cheers for me to do the impossible.   But even from the sidelines, cheerleaders or the dance team are sometimes more fun to watch than the game.   Anyway, if you are playing the game you are supposed to be focused on the game so how could you really look at the objects… I mean the ladies on the sideline screaming your name. 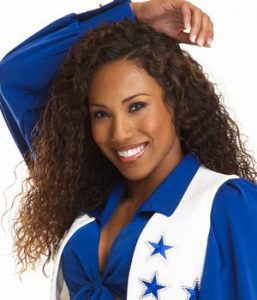 Today, cheerleaders not only cheer from the sideline, they are an integral part of almost every sport, the Dallas Cowboys Cheerleaders being some of the most famous.  They even have cheerleader lingerie now.  From a some women’s point of view, you may think there is something wrong with a grown (donkey) man wanting to see a woman dressed in what could get mistakingly associated as a woman dressing as a little girl.  But the cheerleaders for major sports are grown, women.  But lest we get sidetracked.

Have you ever thought about why the sport of cheerleading as progressed from the field or the court to the bedroom?

Without doing a survey, my uneducated guess is that EVERY man wants a woman on the sideline screaming “you can do it!”  So much so that even if your past cheerleading age or shape you man STILL may want you to dress like one at home.  #WTHDHJS

Don’t be.  Whether he has requested it or not trust me,  deep inside that big strong burly man of yours is the desire for someone in a short skirt, shaking some pom-poms screaming his name.  And lest you get confused, I’m actually not talking about in the bedroom, although that would be nice too.

I’m talking about you being THE #1 CHEERLEADER on your man’s team.

The reason I said #1 and not ONLY is because whether you see the importance of it or not there are other women out there cheering for your man from the sidelines.  There are women out there cheering for him.   Believe it or not, they may not even have real intentions for you man, but they are noticing him.  They are liking his pictures online. They are complimenting him and noticing his efforts.  They notice his relationship status. They notice if he posts pictures of you together or not.  They may even visit your social media pages. They notice what kind of pictures you post.  They see if there is a plethora of PDA’s (Public Displays of Affection) or not.

I could go on but you should get the point.

Now if the first thought in your mind was, I don’t compete or ain’t nobody got time for that, then you certainly missed the point.  So let me repeat it.

I’m talking about you being THE #1 CHEERLEADER on your man’s team.

Does your man own a business?  Are you his #1 one promoter?  Do you have his business cards in your purse? Does everybody you know, know what your man does?

Take a minute, look at your social media pages, have you liked or shared more things of your kids than your man?  Are you quick to post or repost more things from a bunch of other people who really don’t mean anything to you?

Is your man in the public eye?  Is the “paparazzi” out parparazzing you?

If so then you might want to find out what your man’s favorite team is and go online and purchase an authentic cheerleading suit complete with pom-poms, do some stretches and leg lifts, write down some creative cheers, get your cheerleading on and Respect In Peace.