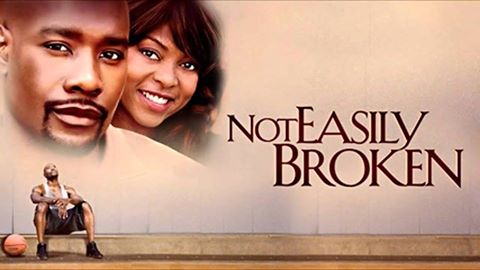 During the narration Dave (Morris Chestnut) states “when society told the man he was not needed or significant anymore it turned the world up side down.”

From a Black man in Dave’s situation and perspective, (self employed and trying to get his business off the ground), we are reminded everyday how insignificant the American society views us.

The frying pan of slavery that we thought we jumped out of landed us in the fire of institutional racism. It has simply changed clothes (from white sheets to black robes) and location (from the neighborhood to theprecincts and the court room.)

The White man still uses the Black woman as the protector ofwhitesupremacy and unconsciously she continues to champion the cause like Wonder Woman. They have made it hard for the Black man to get good paying jobs regardless of his education level or experience so by long term effect, he is purposely kept down and virtually powerless to adequately provide for his family.

The system has reduced him to a commodity, actually he never stopped being a commodity but now the Black woman’s measuring stick for men has become “what he can he bring to the table.”

In most cases, he (Massa) is her employer, whether she actually sees him daily or not, the message that is driven home every time she clocks in is that he is the boss. He is the one in power. He is the one who signs the front of her check and by implication, he is the one providing for her family – just like Massa used to do by bringing her to the big house.

The way Clarice (Taraji P. Henson) talked to her husband with such disrespect and contempt. Her mother’s interference in their marriage. Her comparing the money she bought in the house to the money he bought in the house. Did I mention the disrespect. The lack of support of his dreams and goals. Whether business, little league, or basketball with the fellas. She is devastated and surprised to find out that another women pulls the rug out from under her world WITHOUT even sleeping with her husband.

He wasn’t looking, he wasn’t trying, he wasn’t interested in the other woman but after being strangled by lack of support and respect, his love died a natural death and he literally became part of the walkingdead.

Did I mention that he never even slept with her.

Then Clarice shows up at Julie’s (the other woman) door blaming her for breathing life into the shell of a man that she herself suffocated. But Julie didn’t have to perform CPR, he was so life starved, the wind from her eyelash was enough to create a tornado in his spirit.

“She is more of a man than you will ever be!”

Reiterating the message she hears every time she goes to work and Massa pays her to continue to keep the plantation going.

We think this stuff is just entertainment but it is happening in 2016 as if it was 1620.